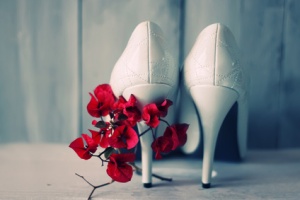 He dislikes celery, tarragon, mustard and yoghurt.  I like everything except innards.  But I do like Callos, which is essentially a bowlful of pig’s innards.

We love Middle Eastern flavours – no meal is ever complete without the magic of spice.

We both love to cook and hate to be criticized on our efforts. 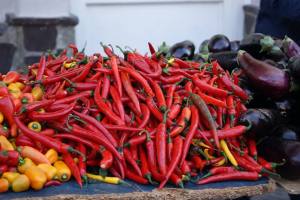 I have a smart mouth – he has a patient(ish) nature and knows when to shut up. 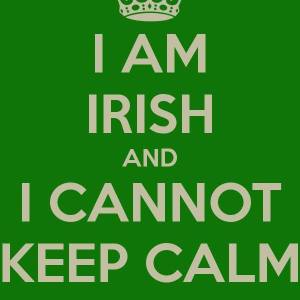 We love art – our first date was Warhol at the South Bank.  It was shite so we went for a pint. That was better.

We once went to Paris on the proceeds of something very dodgy and spent all our money on cheap Left Bank food and a very expensive book on Dali – there was an exhibition on in a fancy hotel where all the guests smelled of money.

We love music.  All music.  The Kindle might actually be fused to his left hand.

Our kids have (perhaps unfortunately for them) a mixture of our looks and personalities – but are like chalk and cheese.

The best noise in the world is a houseful of our kids and their mates having a great time.  No matter how many or how loud.  Spanish kids are LOUD.

Both of us are hopelessly disorganised – it’s lovely.  Our kids at all ages and past times jump out from the most unexpected places – pictures in drawers and boxes. We’ve never had a photo album except our wedding album.  And I’m not actually sure I know where that is.

Still not managed it.  Despite the bigger numbers – it doesn’t seem likely in the near future.

We love a party, and always will.

We drive everyone mad because we speak at the same time.  Wear earplugs to our house.

These days?  A little role-reversal.  Work to live – never live to work.

He’s my cha-cha.  We have all realised I was always rubbish at housework.

He doesn’t even know his own telephone number.  Nope.  Not happening.

I, well…you know that already.

We have a mutual dislike of bingo playing, fish and chip eating, and chavvy twat expats.  But we enjoy finding the other kind and spending time with them.

We love it here – after 9+ years we’re still discovering something new in every day.

The one thing we do miss about England…is Sunday morning and the papers in bed.  And gigs.  Live music.

I once walked him to Peckham station in the early hours and went home to bed. An hour or so later, I  got up, showered, breakfasted, caught a number 63 bus, then a train and went down to Victoria to catch a tube one more stop to work at Sloane Sq.  As the doors opened he was sitting there.  He had fallen asleep and, well…ever seen that movie Sliding Doors?